I had a package arrive from Radomir today. In it was poor old Mahiri he'd managed to fry by plugging her into power of the wrong voltage. I plugged her in and noticed that the device was unresponsive and heated up significantly so that it was hot to the touch. I'm mentioning this because it is important to know that when a board is "blown" in this way it may continue to respond to power in a potentially unexpected manner. As Monty Python would say Mahiri is an ex-micro:bit.

However, Radomir knows how to show a micro:bit a good time and you should read about his adventures building all manner of amazing robots with Monifa micro:bit. 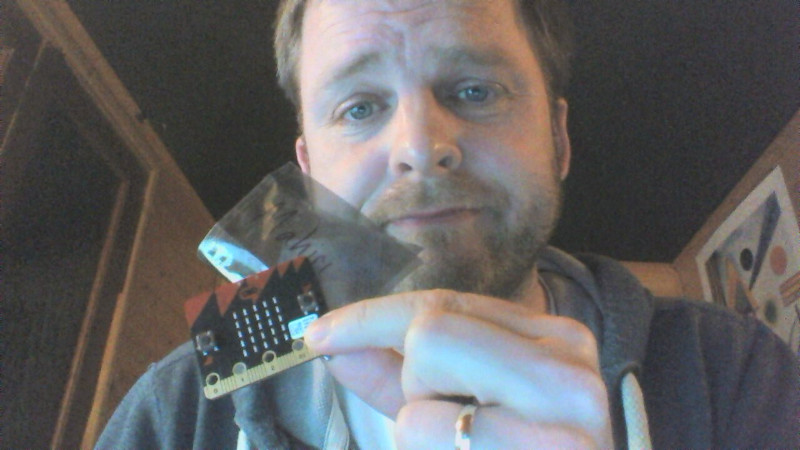 Having said that, Radomir sent me a real life Nyan Cat to plug into my Arduino. :-)

Here's a suitably geeky eternal flame in memory of Mahiri:

I just broke the board. I think that happened when I connected a 6V battery pack to it while working on the robot.

I received Mahiri micro:bit and put it into simple robot, creating micro:bot: 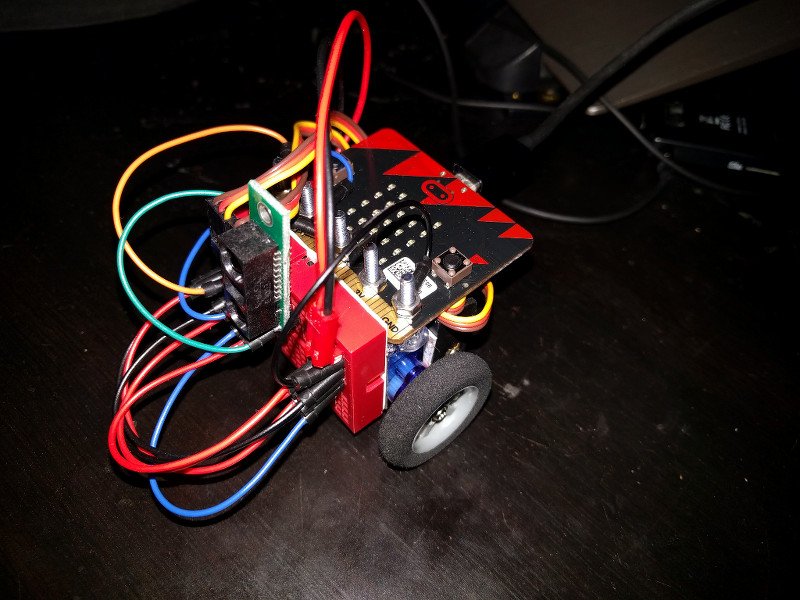 The robot is very simple, build using ready parts and some two-sided adhesive tape, without soldering or any special tools (except for a screwdriver to attach the wheels to the servos).

I got the servos to move by using the pin.write_analog(), which outputs PWM signal on the pin:

You can also read the sensor very easily:

The next task is to actually write some obstacle-avoidance code and upload it into the board. Creating all the accounts and getting all the tools to work so far proves to be a little difficult.