I have had the microbit for a few weeks and it has been a great experience. When I first was trying out the microbit I got stuck trying to connect to it. After awhile I finally figured out to set the baud rate for the microbit. After that I decided I would write a simple program to understand how to program the microbit. The way I figured out how to use the microbit was looking at other examples and I assume others would do something similar. Below is the first attempt at a simple counter.

I created a pull request with the counter.py and then @dpgeorge reviewed it and noted some bugs I revised it to the following. This version would keep track of all button presses even while the counter is scrolling and it has better comments. I also looked into two other things. One was the availability of 3d printed cases. They are available at https://www.myminifactory.com/object/microbit-open-case-10730 I printed out half of one because I accidentally ordered two left pieces and I plan on ordering the right one to be printed at my library. These cases are very inexpensive ($1 per piece) if you have a local 3d printing service. I also investigated how to make a frizing diagram. I haven't finished this because this appears to be something that will consume a considerable amount of time.

One thing that the folks in Chicago noticed was that while Mary could play music, the software as it was didn't allow tunes to be played at different tempos. Naomi had a look at the source code and saw a possible fix. After some discussion of various strategies with the core developers, Naomi submitted a patch that should be appearing soon!

Mary was out for another social evening 10th December as she made an appearance at the regular ChiPy meeting. With over 60 people in attendance Mary apparently got a bit of stage fright and lost her interactive REPL voice. While this problem made the presentation a bit more challenging, she was still happy to run flashed scripts, and as they say, "the show must go on!"

Naomi gave a talk about the background leading up to the micro:bit, including the BBC Micro, and explained some of the goals of the project and how Python made it onto the micro:bit.

In spite of losing her voice, Mary did manage to say hello to the ChiPy members.

Retirement: Since Mary sees to have lost her voice, Mary will soon be retiring to do research work. Stay tuned for news about her replacement.

It might have taken Mary a while to make it to Chicago, but she's quickly making friends!

Our first stop was a "sneak preview" evening with several interested local Pythonistas. Naomi walked through some of the background leading to the micro:bit and having Python on it. 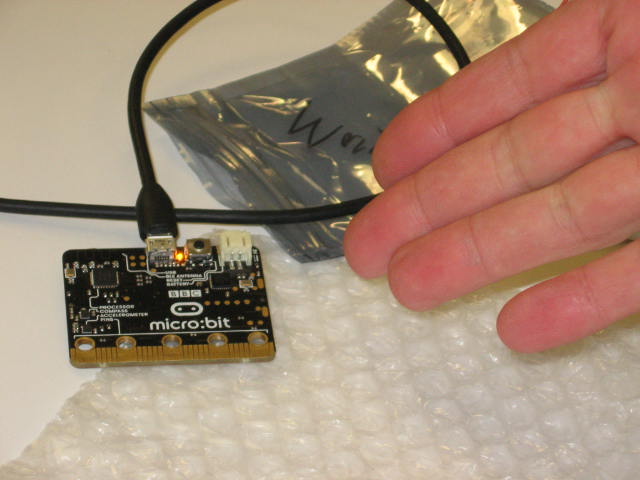 Then, we ended with some demos and experimentation. Chicago ChiPy member Tanya Schlusser had brought a toy truck (a "Monster Road Ripper"!) which Tanya had modified to allow control from a micro:bit. 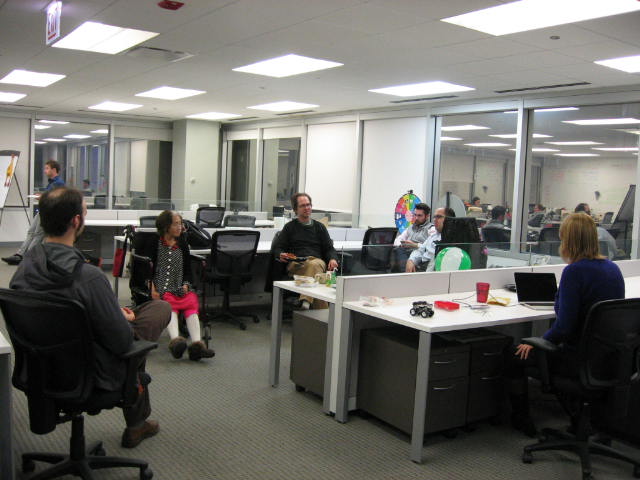 Tanya's notes on how she took a $6.99 toy and made it micro:bit-able are here. In the end it was a success, since Mary managed to drive the truck and even stop short of crashing!

Finally we played around quite a bit with the music library, even finding something that we all thought needed to be "fixed". Stay tuned for a later post on that.

Mary will be out for another social evening 10th December as she presents at the regular ChiPy meeting. We'll report on this in a later post.

After a tortuous journey across the Atlantic and through the US postal system, Mary arrived in Chicago